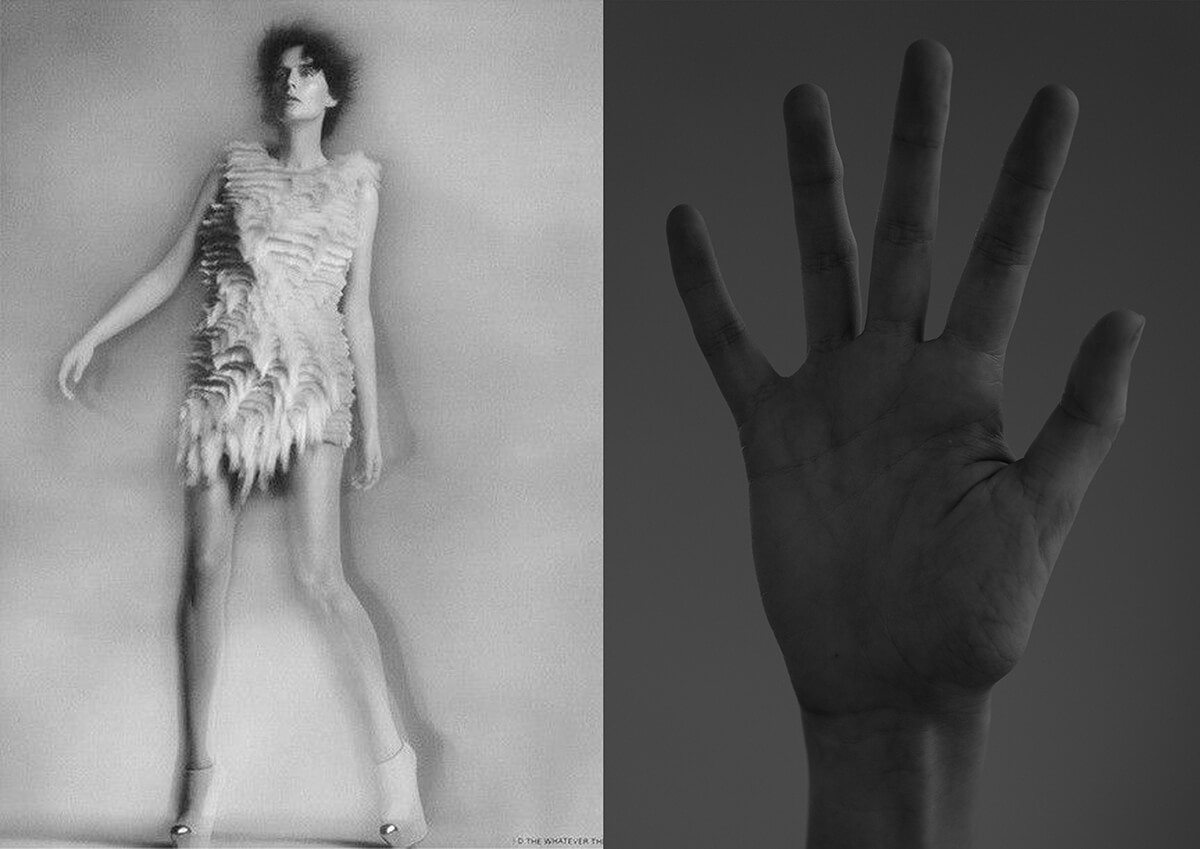 Why the brand CHRSTNS is relaunching.

Recently, Steffie’s personal approach to fashion changed a great deal. To her, it no longer made sense to depend on a fast-changing, mass-produced, unethical business model. Instead, the value of a unique, long-lasting product, and the human empowerment that fashion has the potential to support in the supply chain, became the most important tenants of the industry. For Steffie, the goal is to reach sustainability through the use of exclusively upcycled raw-materials.

To be able to embed complex theories and concepts into shapes, colors, textures and lines is a gift that Steffie herself has been fortunate enough to receive, and continues to explore.

The interaction of shape with anatomy and movement of the human body was and continues to be very intriguing to her — and is, in fact, her inspiration for delving into the world of fashion design, fifteen years ago. From 2004 to 2008, Steffie studied Fashion Design at the Art Academy ArtEZ in the Netherlands, and in 2009 she received her Master’s degree in Fashion Design from the Institute Français de la Mode. Fashion was what brought her to Paris, and provided her inroads to the houses of Maison Martin Margiela, Louis Vuitton, and Balenciaga.

Coming from a little village in The Netherlands, where people regularly greet each other in the street and are much more down to earth, it was hard, at first, to fully understand this particular fashion language.

Steffie was absorbed by the impact of fashion as a communication tool to express politics, culture, and the goings on of the world at large—as well as by the force of the luxury industry. The journey, the craft, the know-how, the ‘artistic bond’ between people, the pressure, and the adrenaline, all contributed so much energy to reaching the common goal of finishing a collection.

After spending two years running her own label, there was one day in particular that changed her definition of a high-end luxury garment: the day that her design of a special dress that consisted of more than 75 layers of synthetic filaments, and over 500 hours of work, became fully realized, thanks to a collaboration with Christine Overbeck and Nikomanufakt.

Nikomanufakt is a factory in Europe where brushes are produced by blind artisans, and one of the last where brushes are still being produced by hand. Steffie and her team had the opportunity to repurpose the company’s left over raw materials. Ultimately, the final garment was presented to the blind factory workers, who were delighted to discover the piece with their hands. Though the artisans are satisfied with their everyday work, it can be very repetitive. The creation of this dress had a positive impact on their lives, allowing them to discover something altogether new.

After this experience, it occurred to Steffie that fashion could be treated in a completely different manner. However, she would need to set up a new business plan, with new partners, and with an emphasis on social impact. The only way she could achieve this would be to build something new and from scratch; so her label was put on hold.

It was time for Steffie to step aside from her fashion world, and move forward in pursuit of a MBA with a global focus. Though it doesn’t sound fashionable, it was the rational choice. In this moment, everything began to fall into place for her. The people she met in the program continue to hold a very special place in her life, and in the relaunch of her brand. Clémence Petit-Velasco, a social-entrepreneur, had an important role creating the brand’s social impact strategy. Though they could not fight all environmental and social issues at the same time, step by step, they were able to build towards the ideal foundation for the company, constructing a sustainable business that would have a positive impact over the long term. At this stage, , one by one, to become self-sustaining in their work, consistently reinvesting the company’s earnings into human empowerment.

To maintain this impact, Steffie continues to travel and work with their collaborators in Asia.

While working with artisans in prison on a massive piece of 4 meter long hand-painted fabric, Steffie nearly wept for joy when the prisoners began to slowly open up and communicate about their lives. The batik creation process functioned almost as art therapy, helping the men to understand and be understood. Because the art process is free and never forced, the creation process began to feel like a safe space.